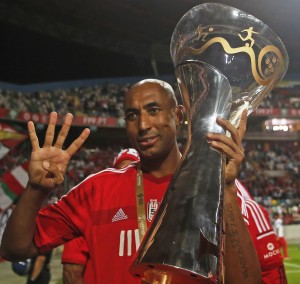 In this weeks episode….

We open up the pod by talking about Benfica’s dominant performance in the Super Cup against Rio Ave, a performance which falters by not having been one where the chances created didn’t bear half the amount of goals. Winning the game in Pk’s ends up being a just reward, but Benfica showed a lot more. Still on the the Super Cup, we talk about Enzo’s importance to the team and the whole Artur situation.

In the middle section of the pod, we turn our attention to the loans of Ivan Cavaleiro and Bernardo Silva, and wonder if they will ever wear a Benfica jersey.

Lastly, we look ahead to Benfica’s season opener against P. Ferreira this weekend. Benfica has yet to win a season opener under JJ, let’s we this time around we break that trend.

thanks for checking us out