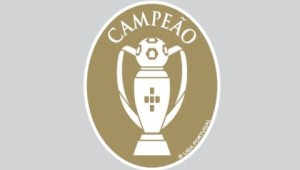 This past Sunday the Liga Portuguesa de Futebol Profisional (LPFP) held the drawing for this upcoming season’s fixtures. Along with the drawing, the LPFP also announced last season’s award winners. Jorge Jesus won the Coach of the Year award, Enzo won the Most Valuable Player award, Jan Oblak won the Best Goalkeeper award, and to round off the awards, Bernardo Silva won the Revelation Player of the Year for the second league. Quite a memorable night for Benfica, but the center piece of the night was the drawing, and announcement of this upcoming season’s fixtures, and the road map of what we hope will be an equally memorable, and successful road to the title

In case you missed it, the Liga Zon Sagres has expanded to 18 teams, two more than last season, which will obviously mean 4 additional games to an already busy season.  After playing the Super Cup, Benfica will open their season on August 17th at home against Pacos de Ferreira. Benfica’s season debut record under JJ has been less than stellar as he is yet to start the season with a win. Benfica tied Maritimo at home in 09/10, lost to Academica in 10/11, tied Gil Vicente and Braga in 11/12 and 12/13 respectively, and opened up last season with a loss in Madeira against Maritimo.

Benfica will open up at home against Pacos de Ferreira who finished strong last season and has brought back Paulo Fonseca to get the team back on track. Benfica will then travel to Porto to play newly promoted Boavista, led by former Benfica player Petit, a team that will prove to play physical much to their coaches image. In the 3rd game of the season Benfica will host their segunda circular rivals Sporting, in a match that will prove to be very intriguing for the this early in the season. Marco Silva just took over the reins in Alvalade and will look to build up on last year’s success and get back being one of the big three.

The first week of September is a mandatory international fixture, and Benfica will be play their fourth game of the season on the weekend of September 14th with a trip to Setubal to play Domingo Paciencia’s Vitoria. It will also be in the middle of September that Benfica will start their Champions League campaign. The rest of the month is filled with Moreirense – another newly promoted team – at home, and Estoril way.

October will be a jam packed month for Benfica as we will play CL’s MatchDay 2 and 3, along with the first game of the Portuguese Cup. For the Liga Zon Sagres, we will host Arouca, and travel to Braga for the always tough, and sometimes odd game against the Bracarenses, who are now coached by Sergio Conceicao.

November will be just as busy, with crucial  CL Matchdays 4 and 5, and two consecutive road games at Nacional and Academica.  Nacional away always proves to be a tough game, and although Coimbra crowds are usually favorable, Academica who has hired Paulo Sergio as their coach, will prove to be an interesting match for Benfica.

December has always proved to be a crucial month, Benfica will play the final Matchday of the CL , host Belenenses, travel to the sty up north and host Gil Vicente before the end of the year. December will also be a time where Benfica may be looking to hit the winter market to plug up or strengthen the squad, as well as a distracting month for any players who may be enticed by the winter transfer window.

Benfica will start 2015 with a trip to Penafiel, followed by a visit by Rui Vitoria’s Guimaraes, and will end the first half of the season with a tricky trip to Maritimo. After the turn, and still in the month of January, Benfica will then travel to Portugal’s furniture capital to face their season opening opponents, Pacos de Ferreira.

The Champions League matches will add to the demand on the team in the first half of the season. After the unsuccessful bid to make the knockout round last season, Benfica will be looking to not only get back into Europe’s Elite, but to justify their fifth seed amongst Europe’s best teams.  Domestically, the first 6 games of the season will perhaps be the most important of the first round. With our recent season debut shortcomings, and a derby right in the 3rd game of the season, Benfica can’t afford to lose any ground to its direct opponents in the first two months of the season.

Regardless of how we do in the Champions League, and how we set the tone for the second half of the season, the second round may prove easier then the first, with games at Estadio da Luz against Braga, fcp, and Estoril as well as two consecutive home fixtures against Nacional and Academica.